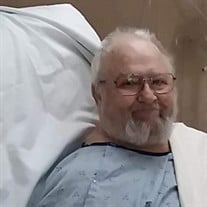 William Lansing Diell, III, age 71, of Ripley passed away Sunday, December 22, 2019. Bill was born August 6, 1948 in Hartford, CT. He is the son of the late Wiliiam and the late Lenore (Morrel) Diell II. He was a Vietnam vet and a retired... View Obituary & Service Information

The family of William "Bill" Lansing Diell III created this Life Tributes page to make it easy to share your memories.