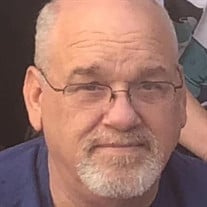 Victor Alan Newlin, 59, of Ripley, passed away peacefully early Thursday morning, surrounded by his children and the love of his life, Doris. His life was one of generosity and kindness, and all who knew him see the world in a brighter light.... View Obituary & Service Information

The family of Victor Alan Newlin created this Life Tributes page to make it easy to share your memories.

Send flowers to the Newlin family.